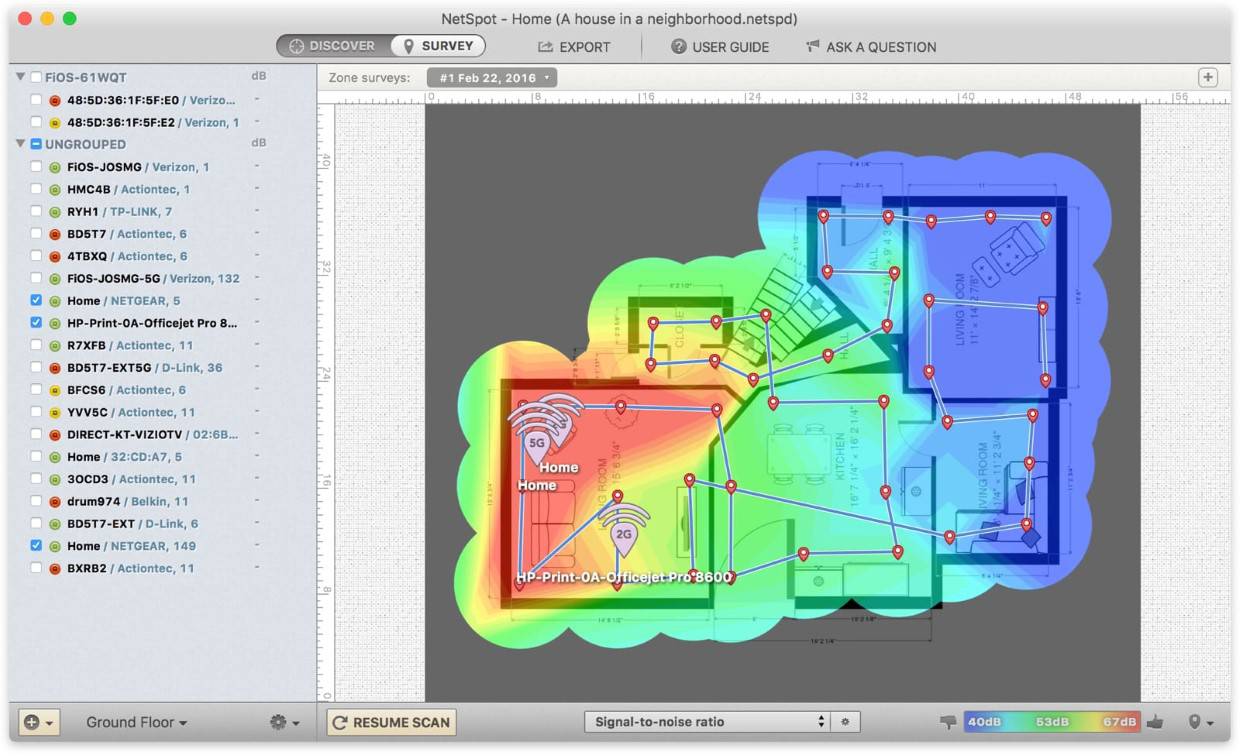 How to Extend WiFi Range

What is the range of WiFi

The range of a WiFi network is simply the distance that the WiFi is usable within. The range of a network can vary greatly based on many factors. Some networks have many access points that can work in large business buildings, while others only work in a small radius within a house. In general, a WiFi network will cost more the larger the range it works in is.

A typical distance, or range, for a home network is approximately 150 feet inside a house or building for 2.4 GHz WiFi. This range increases to about 300 feet if the WiFi is outdoors, where barriers such as walls and furniture do not exist to block the signal. As described above, 5 GHz signal is faster but can not travel as far. Because of this, it can only travel about 50 feet indoors or 150 feet outdoors.

The reason that 5 GHz WiFi signal can not travel as far is because its wavelengths are much more narrow. This makes it more likely that obstacles will block the signal, decreasing the range.

Many factors can impact the range of a WiFi network. As described above, even the wavelength of the signal will change how far a signal can travel. There are three main categories of things that impact the range: the type of structure the router is in, if it is in one, the standard of wireless network being used, and the location of the router in the structure itself. These are just a few of the optimal causes; in order to perform a wholistic evaluation of a WiFi network, a WiFi site survey must be performed.

WiFi network signals are simply radio waves. Physical obstructions, such as walls in houses, furniture, or even people, can restrict the distance this signal travels. Different materials which houses are made of can also have an affect. Overall, physical blockages can cause the WiFi range to decrease by 25% or more.

Every time any radio signal runs into an obstruction, it is interfered with. Most signals will not have an obvious affect, but think about how sometimes in areas with many mountains or hills, radio signal can become difficult to make out or cut out completely. This is the same effect that is seen in WiFi signals, especially those indoors because of floors, ceilings, and walls. Regardless

what kind of structure you are dealing with, a WiFi scanner app is the best way to optimize your network setup to maximize range.

Different wireless standards have different WiFi network strengths and ranges. WiFi standards are simply slight variations of technology which have evolved over time; each generation is assigned a ‘standard’ to make it easy to ensure that routers are compatible with devices. Two of the most common WiFi standards are 802.11g and 802.11n. The former has a range of approximately 125 feet indoors, while the latter can reach up to 235 feet away from the router!

The location of a router is sometimes referred to as the “access point”. In addition to the type of structure and WiFi standard, this can have a big impact on signal range; this is more beneficial in most circumstances, however, because it requires no change in technology or structure. The optimal location can best be determined with a WiFi analyzer app, which will be discussed in more detail below. Listed immediately below are some general tips which work in most circumstances.

How to use WiFi analyzer app

This is a great tool for all things regarding WiFi networks, but especially optimizing the range they can travel. Different mapping options are available which will show what regions of a given area are

strong or weak n signal. These “heatmaps” will show where signal must be increased.

Multiple heatmap options are provided via NetSpot. The “Signal Level” map demonstrates where a wireless network is strong and weak, displayed via blue or purple colors in the regions in the area with the weakest signal.

In addition to the signal level map, NetSpot has another map which demonstrates the ratio of signal to noise. Noise is a detrimental feature to WiFi networks which dilutes the strength of the signal, thus reducing the range. WiFi that has a lot of noise will be interpreted by devices as a weak connection, the equivalent to if there was no signal at all.

How to extend WiFi range

In general, routers in high locations will have a greater range than those positioned lower. This is because signal is generally emitted all around a router, so raising it will give greater benefit to the signal range. In addition to this step, the antenna which actually transmit the radio waves themselves should be positioned optimally.

The position of antenna is important because it affects the distance which people can still effectively connect to the network, or the range. Believe it or not, this is especially noticeable in mobile devices like smart phones. One thing to keep in mind is routers with directional antennas. These are specifically designed to have a large usable range in the direction the antenna is pointing, but generally suffer in other directions. They are useful in some circumstances and detrimental in others.

NetSpot acts as a fantastic tool to increase WiFi range. Using the WiFi analyzer app as described above with either a signal level or signal to noise ratio map, you can determine where the range of your router is failing and take action as needed to ensure you have a fast network.